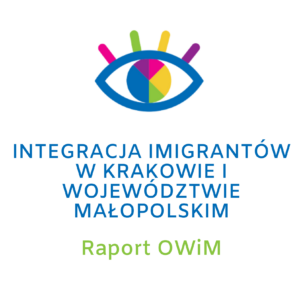 Integration of immigrants in Krakow and in Małopolskie Voivodeship (2021)

This report, based on the results of a representative survey conducted on the population of immigrants from city of Kraków and the Małopolskie Voivodeship at the end of 2021, aims to at least partially fill this gap. We analyze the previous migration history of foreigners and their further plans for reemigration, as well as economic, socio-cultural and spatial integration. An important aspect included in the study was also the impact of the Covid-19 pandemic on the lives of the respondents. The report concludes with conclusions and recommendations for public policies.

The report shows changes in the structure of the immigrant population in Krakow in 2021 compared to 2020 and 2019 based on the latest data from various registers (including data from ZUS, registration information, residence cards, or declarations on entrusting work to a foreigner). At the end of 2021, immigrants constituted approx. 10% of Krakow’s population. Despite the domination of Ukrainian citizens, the migrant community is becoming increasingly diverse. Among others, the number of such national groups (along with Ukrainians) as Belarusians, Georgians, Russians, Indians, but also Spaniards, Italians, British, Brazilians, and Moldovans was growing. The report describes the significant demographic and socio-economic characteristics of the foreigners’ population in the city and identifies the places with the highest concentration of immigrants in Krakow. It also describes in details their legal situation and participation in the education system and the city’s economy. 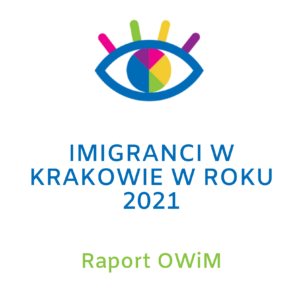 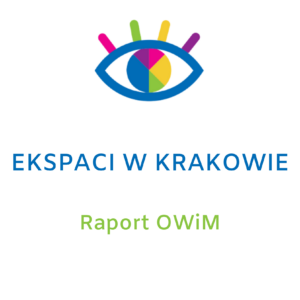 The report presents findings of the study on the community of highly qualified migrants in Krakow. Expats comprise an exceptionally mobile and in many ways privileged category of migrating persons, since they are empowered to shape their own mobility process to a larger extent than others. It is the concept of anchoring rather than the integration perspective that has been chosen as one of the key theoretical frameworks for the analysis presented here. The ‘anchor’ metaphor seems to better reflect the nature of expat’s – usually temporary- stay in a given location. The report focuses on the process of the highly qualified migrants creating an (im) permanent home in Krakow. Yet, first, it outlines  – as accurately as possible – the structure of the Krakow expat community by referring to the available quantitative data. Then, it describes various practices and spaces that have become important anchors for the highly qualified migrants in their process of home-making in the city. The qualitative data, which consists of interviews with expats from diverse countries and cultural backgrounds, has helped to illustrate not only the multidimensional process of becoming an inhabitant of Krakow, but also transnational social spaces within which the migrants maintain their contacts across borders, as well as the expats’ potential future mobility projects. The report concludes with the summary of the most important findings and recommendations for the Krakow City Hall.

This report aims at presenting the current situation of Roma community in Kraków and their needs in the context of creating a set of social and cultural policies by Kraków municipality. First, it presents methodological and ethical basis of this research calling for more participatory approach to ethnic and multicultural policies on urban level. Then it sketches out broad points of contemporary history of Roma in Kraków, and then moves to depict issues related to education, health, civil society and challenges Roma culture and language face today. In the final part the report includes recommendations for municipal authorities,  addressing the issues Roma community face, but also which should help the city to promote itself as an inclusive, ethnically and culturally diverse city. 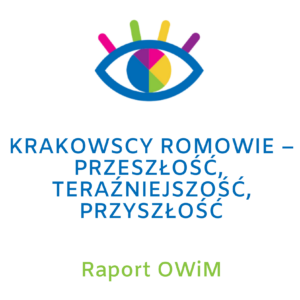 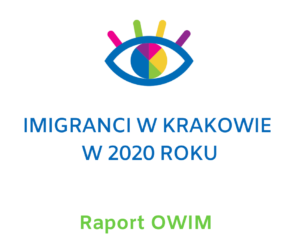 This report describes the population of immigrants in Krakow in 2020. It analyses information about foreigners staying in our city, which can be found in various sources of administrative data. The report shows the size of the immigrant population in Krakow and its important demographic and socio-economic characteristics. Moreover, it identifies the places of greatest concentration of immigrants in the city and describes their situation in the education system. Data for the year 2020 is compared with information on foreigners in Krakow in 2019. Thus, the study shows how the population of immigrants in the city is changing. It shows, inter alia, that despite the pandemic, its size is not decreasing. The report also assesses the reliability of various sources of data on immigrants and provides recommendations regarding possible improvements. 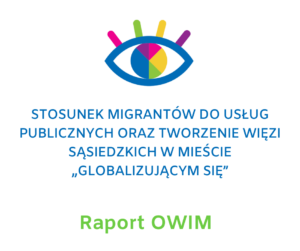 The Relationship Between Foreigners and Public Services and the Development of ‘Nighbourliness’ in a “Globalizing” City: A Case Study of Kraków (2020)

The report is the result of research analysing the perceptions and experiences of foreigners in using public services in the city of Krakow – a ‘globalising city’ – as well as the social support networks – an aspect of ‘neighourliness’ – that are forged by them in the process. The report is made up of two sections as well as conclusions and recommendations. The first section outlines the theoretical and conceptual frameworks of the study as well as the research aims, methodology and a description of the study sample. The second section of the report presents the analysis and results of the research and is composed of three sub-sections. The first sub-section (chapter 3) analyses the perceptions and assessment of public services in general and the barriers foreigners face in accessing them from a citizen-centric approach, taking into account three levels: the assessment of services ‘at the gates’, ‘through the door’, and ‘at the exit’. This sub-section also outlines and analyses the context of discrimination and unfavourable treatment which foreign nationals experience in using public services. The second sub-section (chapter 4) presents and analyses the detailed results of the study in relation to the five public services taken into account in the study, namely: public health care, public administration, public education, public transport and cultural offers in the city. Chapter 5 is dedicated to the analysis of the type and intensity of civic participation amongst foreigner nationals in the city, the barriers they face in accessing this sphere, and the social support networks and ‘neighbourliness’ that are forged in the process. The last chapter of the report includes the conclusion and recommendations that have been developed on the basis of the presented study and its analysis.

The aim of the report is to analyse the transformations of religious communities in Krakow resulting from the arrival of an increasing number of foreigners to the city. In recent years, the religious landscape of Krakow has been undergoing significant changes due to influx of immigrants from many regions of the world. New prayer halls and temples emerge, whereas existing places of worship are witness to an increasing number of new foreign believers. Some religious practices are also changing. In some cases, the arrival of new groups of believers necessitates organizational changes, increasing the frequency of religious service or adding additional languages to communication with newcomers. Thus, immigration has a significant impact on the religious life in the city, clearly modifying some existing aspects of it and creating new ones. 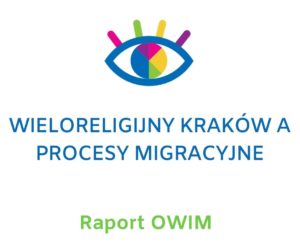 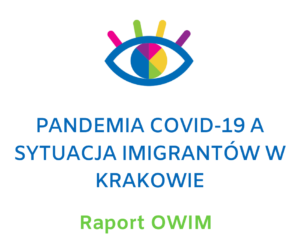 The report discusses the results of qualitative research on the impact of the COVID-19 pandemic on the lives of foreigners living in Krakow in 2020. The aim of the study was to identify changes taking place in various dimensions of migrants’ lives, especially economic and social, due to the pandemic. The report shows how the experience of the crisis and the ability to cope with  challenges depend largely on the situation of foreigners on the labor market, and especially on the branch of the economy in which they’ve worked. The main difficulties and challenges that the epidemic situation brought to immigrants were also analyzed, including the issues of earnings and (un)stability of employment, problems related to the housing situation, and the functioning of entrepreneurs. The migration dynamics is discussed in the report, both in terms of available statistical data and personal experiences of foreigners. The study also presents various problems with regard to the pandemic that respondents raised in the interviews and those that appeared frequently in discussions in online migrant groups. The issue of support offered to foreigners by various actors is also assessed. The report ends with conclusions with recommendations for the Krakow Municipality.

The key objective of this report is to describe the immigrant population in Cracow and to shed light on its size and other demographic and socio-economic features. It presents information on foreigners residing in our city, based mostly on administrative sources (inter alia registers on residence card holders, persons who registered their residence in the City Council, social security registers and information about immigrants in public education registers), supplemented by more innovative approaches to data collection, i.e. usage of big data and information from smartphone users. Consequently, this report identifies the biggest areas of immigrants’ concentration both in terms of residential areas, as for the places of economic/daily activities. The report also assesses the reliability of  the aforementioned sources of data and provides recommendations regarding the possible improvement of the quality of data collection. 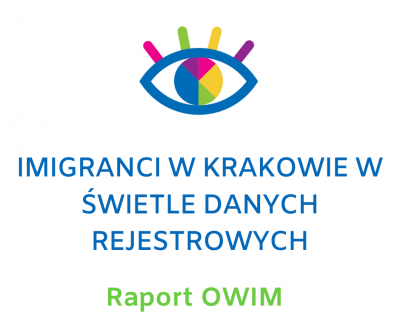 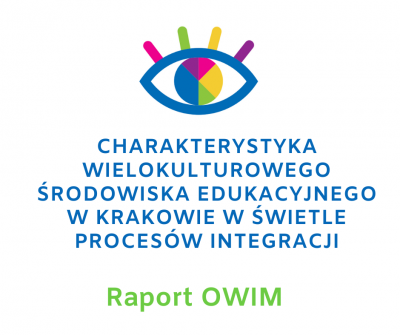 Characteristics of the Multicultural Educational Environment in Cracow (2019)

This extensive report focuses on the issues such as multicultural education in Cracow in the perspective of comparative cross-regional statistics (pre-school and school education), a background of employees of educational institutions to work in a multicultural setting and the present solutions applied in schools in Cracow related to the presence of students who had experienced migration. A part of the report focuses on recommendations on the support of multicultural competences of teachers, educational workers, students and preschool pupils; management of education in the context of migration – organization of work of schools and kindergartens and support of competences of workers working in the sector; tasks of the pedagogical supervisors related to the multicultural educational setting; support for schools multicultural development. 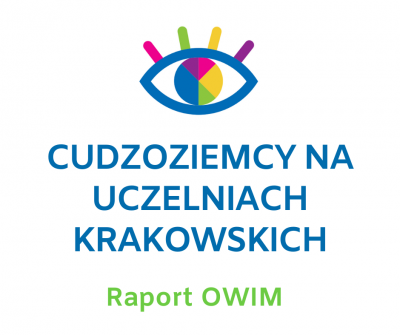 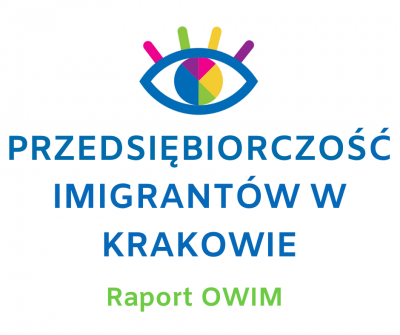 This report presents an overview of the current situation of immigrant entrepreneurship in the municipality of Cracow, with the main focus on the newest wave of Ukrainian immigrants. It aims to analyse the development perspectives of immigrant firms, main sectors and business models, the obstacles faced by entrepreneurs and the main constraints of their business activities. Finally, the report identifies the main challenges and provides policy recommendations for support schemes directed at immigrant entrepreneurship and economic integration of newcomers at the local and regional level, with a particular emphasis on the Cracow metropolitan area.